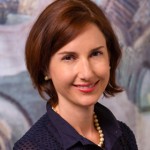 In the wake of the disastrous impact of the BP Oil Spill on Louisiana's seafood industry, 40 percent of restaurateurs saw "seafood safety perception" as their top challenge a year later. Meanwhile, other market factors included a sluggish economy, rising gas and commodities prices and low consumer confidence. In response to these challenges, Deanie's Seafood developed public relations initiatives to reinforce awareness of its brand among all audiences and increase traffic and sales by promoting traditional and special Crawfish menus.

As the doldrums of winter fade, New Orleanians are eager for commencement of the city's festival season, and as spring arrives, an iconic local delicacy–crawfish–is ready for eating. Typically within weeks of Easter, at the end of the Mardi Gras season, crawfish season begins, and Deanie's Seafood and markit360 developed "Pinch-A-Palooza," a crawfish-eating contest and integrated marketing campaign to stake Deanie's claim as the official home of Crawfish Season.

markit360 was able to leverage its relationships with its radio partner to bring in free performances by two national acts and one regional band at no cost to the restaurant. The performers included a fresh young hip hop act and a recently signed local vocalist targeting pre-teens, a regional rock band with a college-age following, and a local band performing standard rock for the baby-boomer audience.

Both new and existing restaurant patrons enjoyed the event, and Pinch-A-Palooza welcomed several hundred crawfish enthusiasts. The enthusiasm and buzz created was evident in media coverage and online interaction, which included event briefs in the Times Picayune and weekly magazines Offbeat and Gambit Weekly; on-air chef call-in interviews  on local radio; morning show radio interviews; and  on-air cooking demonstrations on local ABC and Fox affiliates. Crawfish sold out after four hours of nonstop sales and the line for indoor seating at the restaurant remained constant throughout the event. Overall sales for the period just before and following the Pinch-A-Palooza campaign were up as well. Deanie's achieved sales figures for the period equaled its 2009, pre-Oil Spill sales. The Pinch-A-Palooza campaign was honored with the Anvil Award for integrated marketing from the Public Relations Society of America New Orleans Chapter.